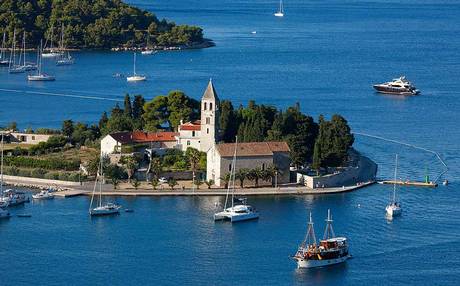 … because: “Vis was closed off from foreign visitors until 1989, when it ceased being a military base for the Yugoslav army. As a result, this island—the furthest from the Croatian mainland—is relatively underdeveloped compared to its island siblings, and that makes it a big draw. Once there, make time to beach hop (try Lucica and Srebrna), climb Hum Mountain, eat fresh lobster in picturesque Komiža, and take an offshore trip to the blue cave of Biševo.”