The Dalmatian capital of Split is undergoing a tourism boom. Digital Journal spent the day discovering why in the October sunshine. 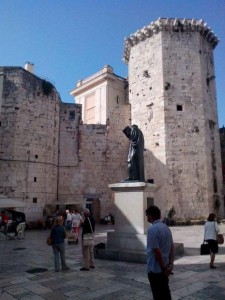 After years of being known as ‘the Gateway to the Dalmatian islands’, the city of Split has transformed itself into one of the hottest destinations in Europe. As previously reported on Digital Journal, the official 2014 figures confirm the city as Croatia’s rising tourism star, and the season continues well into late October.

With a combination of heritage, beach, gastronomy, culture and spectacular views, and aided by some stunning autumn weather, the city’s impressive season continued into October, with tourists continuing to arrive, and Digital Journal spent the day investigating Split’s Indian Summer on October 19, 2014.
Click on the top link for lots of nice pictures